Nick is a graduate of Ithaca College with a degree in Music Performance (classical guitar). He studied guitar with the acclaimed Dr. Pablo Cohen and Dr. Jeremy Harting, and he studied music theory and music history with several other very well-known musicians and educators. In addition to other notable performances during his undergraduate studies, Nick performed at a festival celebrating the music of accomplished performer and teacher Steven Mackey.

In a non-classical setting, Nick has performed with his rock band, Blue Panel, at such well-known venues as The Stone Pony, The Starland Ballroom, Webster Hall, The Croc Rock, and Maxwell’s, among many others. He performed extensively with this project as the lead guitarist and lead vocalist, in addition to having recorded two full-length professional albums. Nick also recently finished recording a demo EP of all-original songs, entitled “Soon The Sun”. On the recordings he sings and plays every instrument, except for drums. 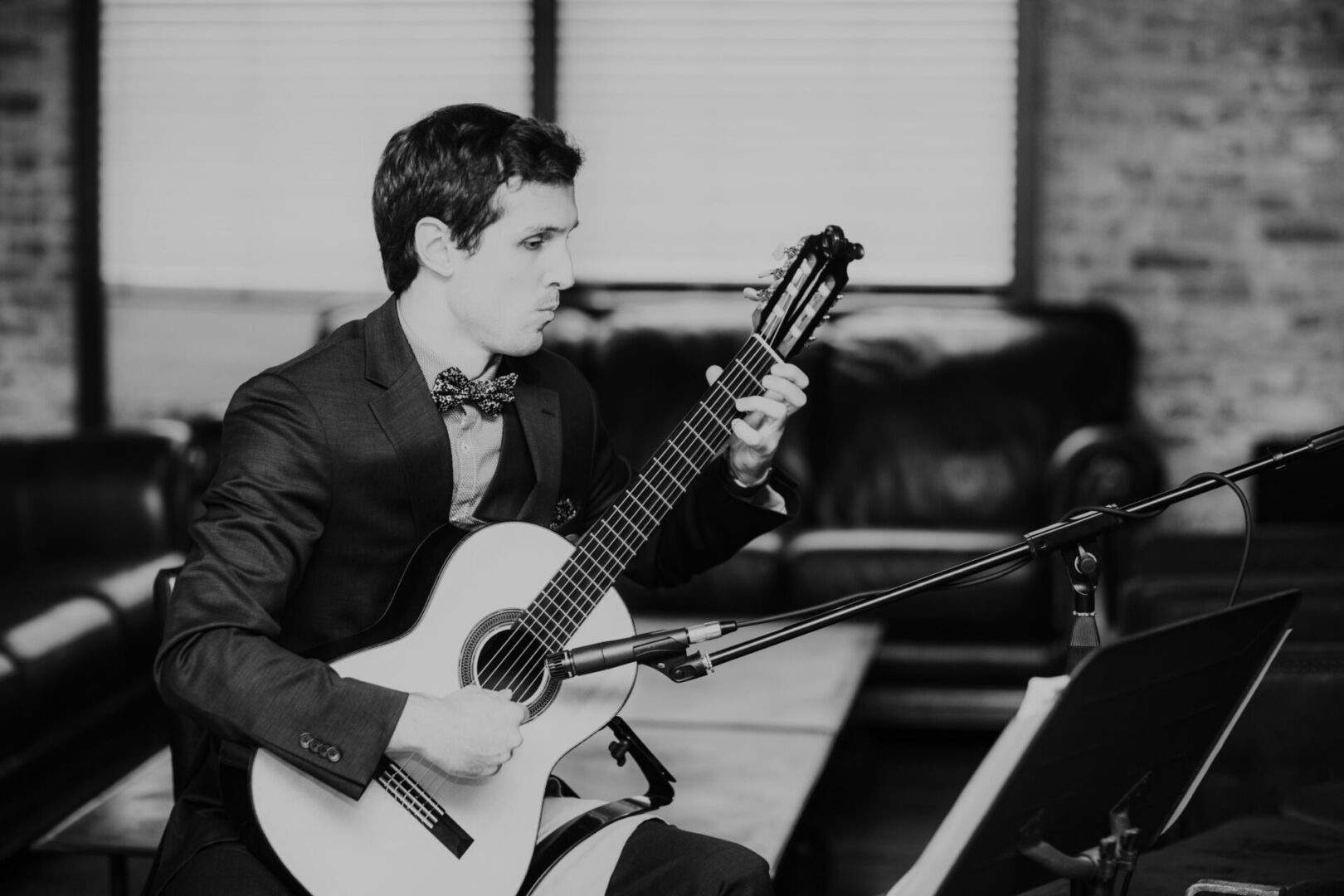