Mick Rossi’s career has long been defined by the inability to comfortably define him or his work. Performing diverse and progressive work rooted in the New York Downtown scene at venues including the Knitting Factory, The Stone, MoMA, Spectrum (Outliers Series), and most recently on the faculty of The New School and the Philip Glass Institute, Rossi is celebrated as “an exemplar of the cross-fertilization between jazz and classical music worlds” and “one of the most lucid, original and creative minds of the New York scene” (All About Jazz). He is simultaneously a longtime member of the Philip Glass Ensemble as well as the Paul Simon band as pianist and percussionist, showcasing not only technical proficiency but capable of divergent idiomatic disciplines. He has appeared on twelve recordings with Philip Glass, and nine with Paul Simon (including Koyaanisqatsi Live with the NY Philharmonic and So Beautiful Or So What respectively). Rossi has also conducted for Mr. Glass, most recently Book of Longing (Sydney Opera House), Einstein On The Beach (Olivier Award) and Dracula with Philip Glass and the Kronos Quartet. Rossi has served as music director and curator of the MATA Festival, music director of the Public Theater’s production of The Bacchae (dir. JoAnne Akalaitis), percussionist with Philip Glass and Laurie Anderson at Carnegie Hall, conductor and co-orchestrator of Renée Fleming’s Dark Hope and currently produced the recording of the opera Violet Fire (OMM – Jon Gibson). Recent feature articles include The Sydney Morning Herald (“A prodigiously gifted musician and composer”) and Keyboard Magazine (“Pyrotechnics with Paul Simon”).

Mick Rossi’s music reveals a commitment to a strong classical foundation and rigorous approach to improvisation. Rossi’s recent accomplishments and commissions include his String Quartet No. 3 premiering at Merkin Hall performed by the JACK QT (“Bartokian and energetic” – NY Times), OMNI commissioned and performed by yMusic for the Festival of New Trumpet, and his fourteenth solo album 160 released by Innova (“A masterpiece difficult to label” – AAJ). New releases include Fallout — a remote bi-coastal recording in Covid-19 lockdown — with Johnnie Valentino, Mick Rossi’s Anti-Matter Live at Barbes, Drive (solo – live at MoMA), Cut The Red Wire with Peter Hess, Bangkok Cowboy with John King and Live At WFMU with Charles Waters and Jeremy Wilms, and Variant — Rossi’s soundtrack from director Tony Leech’s feature Sci-Fi thriller.

His work has been spotlighted on numerous top-ten lists, including the Village Voice, All About Jazz, and Downtown Music Gallery: recent recording One Block From Planet Earth (OmniTone) was lauded by Down Beat (“Four Stars”) and All About Jazz (“Life relishing and unpretentiously profound”), and also declared his ninth release Songs From The Broken Land “virtuosic, intense and humorous – a master improviser is at work” (Orange Mountain Music). Rossi has also scored and worked on numerous film scores including Variant (post-production), Changing Of The Gods (post-production), Nosferatu (Dreambox), HBO’s Bored To Death and The Vagina Monologues, Born Again, Queers In The Kingdom, and the award-winning Zipper.

Rossi — a Hermitage Fellow — graduated from The College of New Jersey with a BA in percussion, studied privately with Dennis Sandole of Philadelphia, and went on to pursue a masters degree in composition from NYU. He lives and works in Brooklyn, NY. 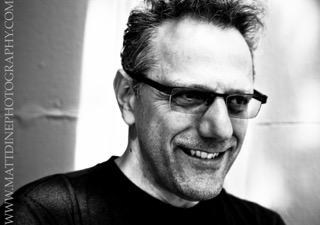