For over 10 years, Andy Lalasis was the bassist who accompanied all the visiting headliners at the legendary Elaine’s lounge, within Atlantic City’s fondly remembered Steve Wynn’s Golden Nugget Hotel and Casino in the Eighties. Those headliners included everyone from Ann Hampton Calloway, Keely Smith, Buddy Greco, Johnnie Ray, Billy Eckstine and Billy Daniels. Stars booked at Elaine’s often stayed in town another week just to record with Lalasis and the legendary house trio. A frequent visitor to Elaine’s on his off nights was the one and only Francis Albert Sinatra!

Andy spent the following years at Resorts Casino as a member of Merv Griffin’s Coconut Ballroom Orchestra doing Merv’s NY’s Eve TV shows and playing for the biggest names who appeared there. Andy has backed up virtually every “Star Act” whoever performed in Atlantic City at one time or another. He also toured the world with the legendary jazz guitarist Pat Martino.

In 2012 he released his first solo CD of original compositions titled “Fret Not”. Andy’s unique sound on either Upright or Electric Bass has been highly sought after internationally for years, He is the consummate bass player of choice for artists everywhere…

Andy is now an official endorsee of Aguilar Amps and Kevin Brubaker Basses! 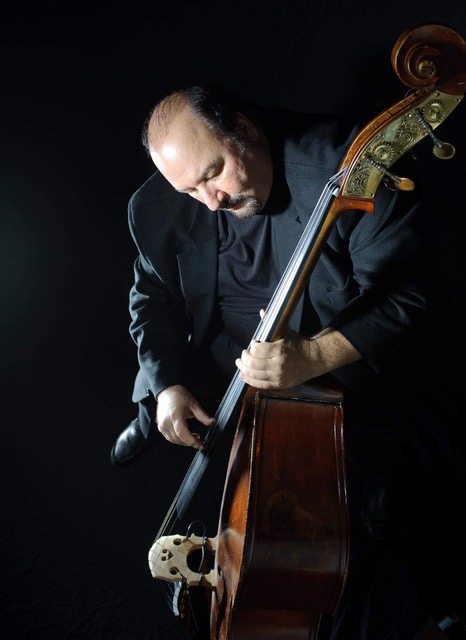